In the past years I have done lots of work in C# and recently came back to work with Java because I am now working in a project that involves MPS. The Meta Programming System from JetBrains. Which is a language workbench with a projectional editor. I got quite used to some of the features C# offers. One of the features I love the most is implicit strong typed variables, expressed with the var keyword as type in a variable declarations. Due to the extensible nature of MPS it is quite easy to extend existing languages. So I decided to build this feature in MPS for Java.

Now you might think this ridiculously crazy since it is hard to change an existing language. But in MPS everything is about modularization, extensibility and composition of languages. And It ships with a Java implementation called baselanguage out of the box. For me it took 30 minutes of work to build this extension. Though I have a lot of experience with MPS and a good knowledge of baselanguage but even if you don’t have that it should take you not longer than an hour to do it on your own. And that is what this tutorial is about. What I will show here is how to extend baselanguage with a new kind of variable declaration that uses its initializer to calculate its type.

So what we do first is create a new language in MPS and we add jetbrains.mps.baselanguage to the extended languages like this: 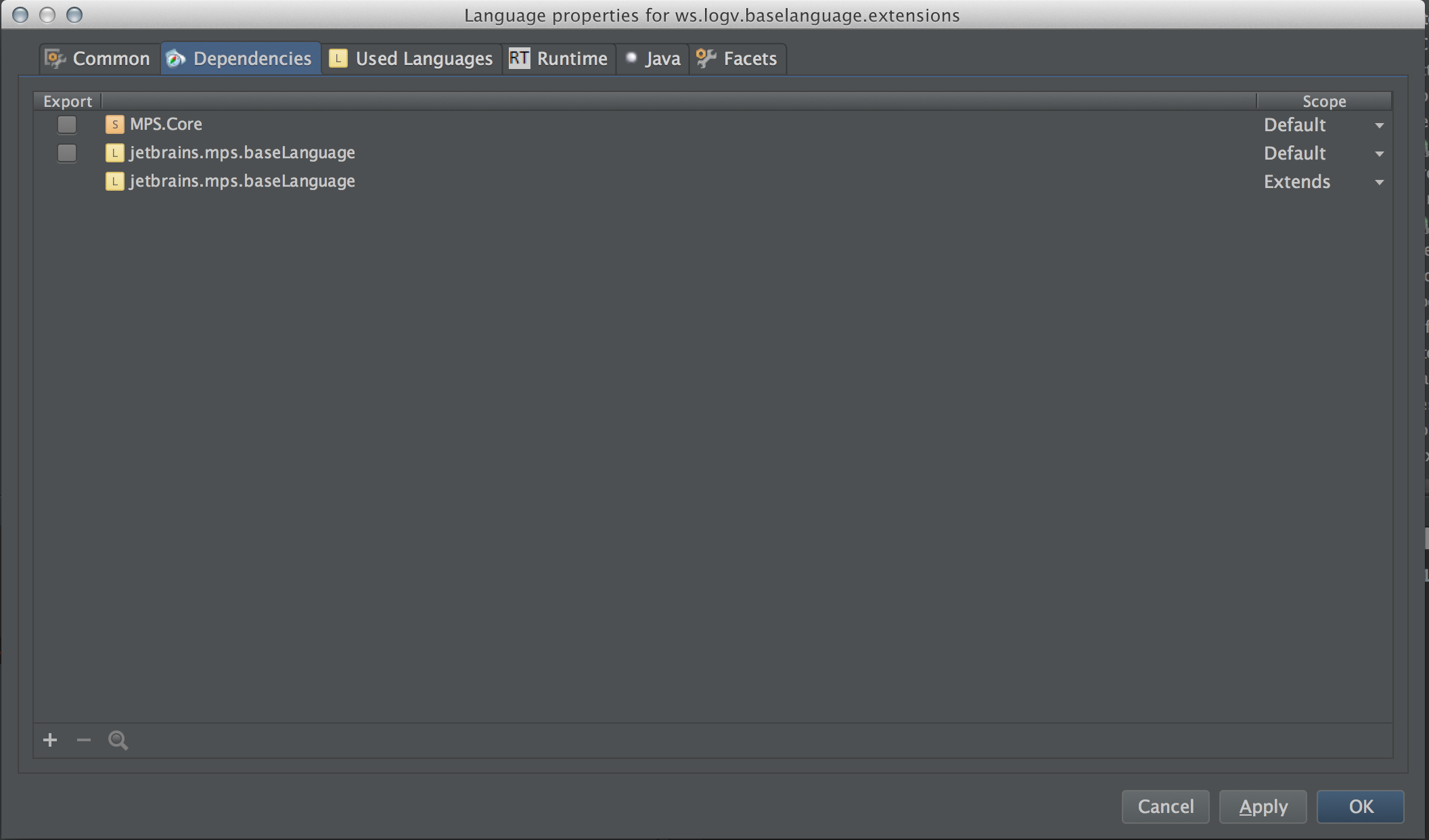 After that we create a new language concept called VarDeclaration which extends LocalVariableDeclaration the local variable declaration concept in baselanguage. We also assign the alias var to it. This is later used to enter the declaration. All together it should look like this: 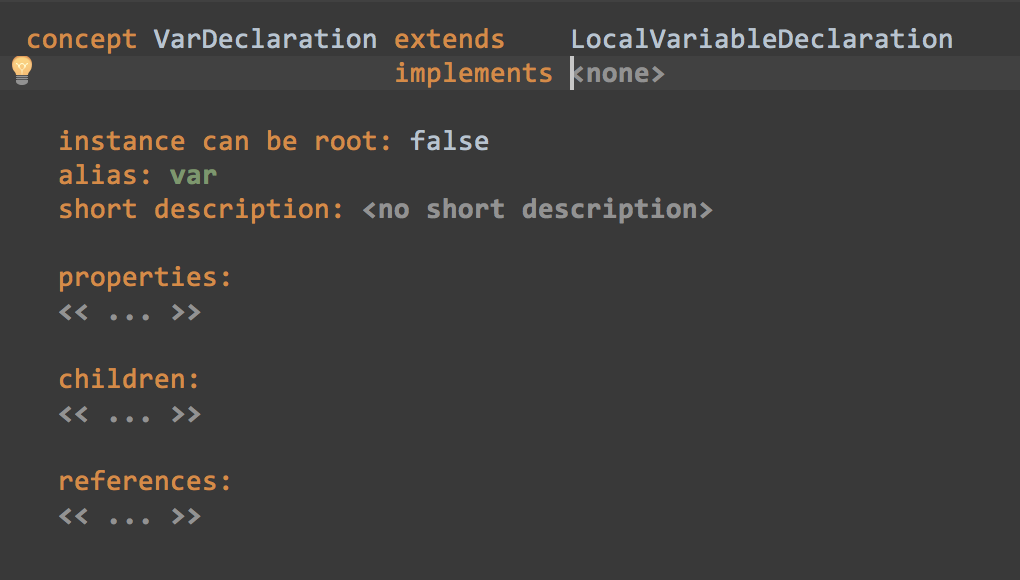 Now that we have a language concept it needs a editor. So we go for it and define a editor similar to one of LocalVariableDeclaration from baselanguage. Since I am lazy I just copied it from there and replaced the type field with a static text var:

Because we extend the existing LocalVariableDeclaration concept we also have a Type child in our concept. And we need to put some data in there to make MPS happy. But we don’t have it in our editor and we don’t want the user to mess with this. So we create a behavior aspect for our concept. This allows us to write constructor code that is executed each time a instance of our concept is created. But shouldn’t we infer the type from the initializer? How can we set a type in the constructor where the user hasn’t entered a initializer? Here we use a little trick from baselanguage. It has a special type called UndefinedType which will toggle thy typesystem to not use the Type child of the concept in its rules but rather rely on the typesystems runtime information. This makes some operations a bit more expensive but gives us more flexibility:

But we also want to ensure that user enters a initializer so that we are able to calculate the type from it. And point out that the user has to enter one in the declaration. We can also us the typesystem to do so. This is called a none typesystem rule or a check rule. Those rules don’t contribute type information at runtime but they ensure properties of the code. In our case we want to check if the initializer is null and if so we want to show a error:

Ok, now we are finished aren’t we? Nope! There is still some aspect missing. We need to have a Java/Text representation of our concept. Through its extensible nature MPS would invoke the text generator of the LocalVariableDeclaration which we extended. But this one tries to use the Type child to write the Java type to the text buffer. In our case this one is always UndefinedType. That is why we need to create our own. Once again we can use the existing one as a blueprint. And replace the Type child with runtime information from the typesystem. To do so we ask the typechecker for the type of the initializer and pass it where the type of the variable is expected:

That’s all! We are finished now. You can cretate a sanbox solution add the newly created language to the used languages and see what happen when you type var. A new variable declaration shows up that just looks like the one in C#. And when you generate Java code from it it will look like plain Java:

And the generated code:

You can get the source code for this sample here.